If you’re in Meltham, please come to the Crossroads Shop - you will be made extremely welcome by a friendly smile and plenty of bargains.

The Crossroads Shop address is

About The Crossroads Shop

1996 was a very important year for the village of Meltham as the Crossroads Project was founded (although the founders didn’t realise it at the time.)

Meltham Churches Together met in 1995 to see whether there was a way the Churches could reach out to the community. It was decided after several meetings that a charity shop would be the ideal solution. The shop was to sell cheap affordable clothes and toys and to do this we needed the support and help of the community. It was also decided that any profits that were made, after running cost were met, would go back to the community.

The Crossroads Shop open its doors on the 12th February 1996 and has never looked back. It has contributed £626,910 to community projects by means of grant applications. The Crossroads Centre followed two years later quickly establishing itself as a place where people could get help and advice free of charge and where groups could meet.

The Crossroads Shop very soon began to outgrow its space and it was decided in 2019 to extend the shop, which has proved a great success giving more room for shoppers and for the volunteers that run the shop.

From the start in 1996 there had been a marvellous group of volunteers who ran the shop every day and supported the project, making sure there was a tremendous selection of clothing, toys, and bric-a-brac at affordable prices. It has become a successful meeting place to have a natter and a rummage through the bric-a-brac to get a bargain.

In 2020 the COVID-19 lockdown, the shop had to close, and it was decided by the volunteers that a pop-up shop would help the project, and these occurred in the Village Hall on a regular basis, which proved to be a great success. 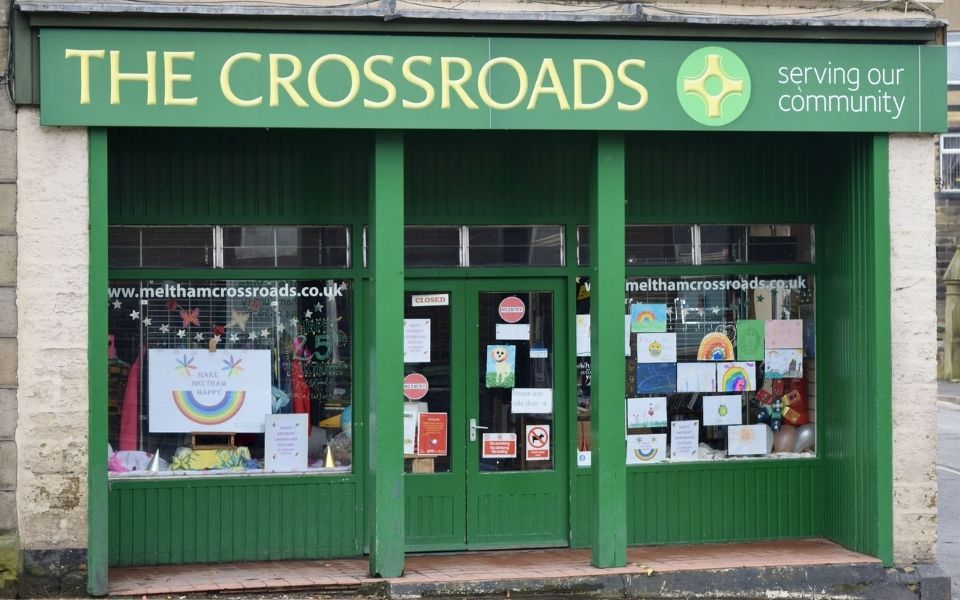